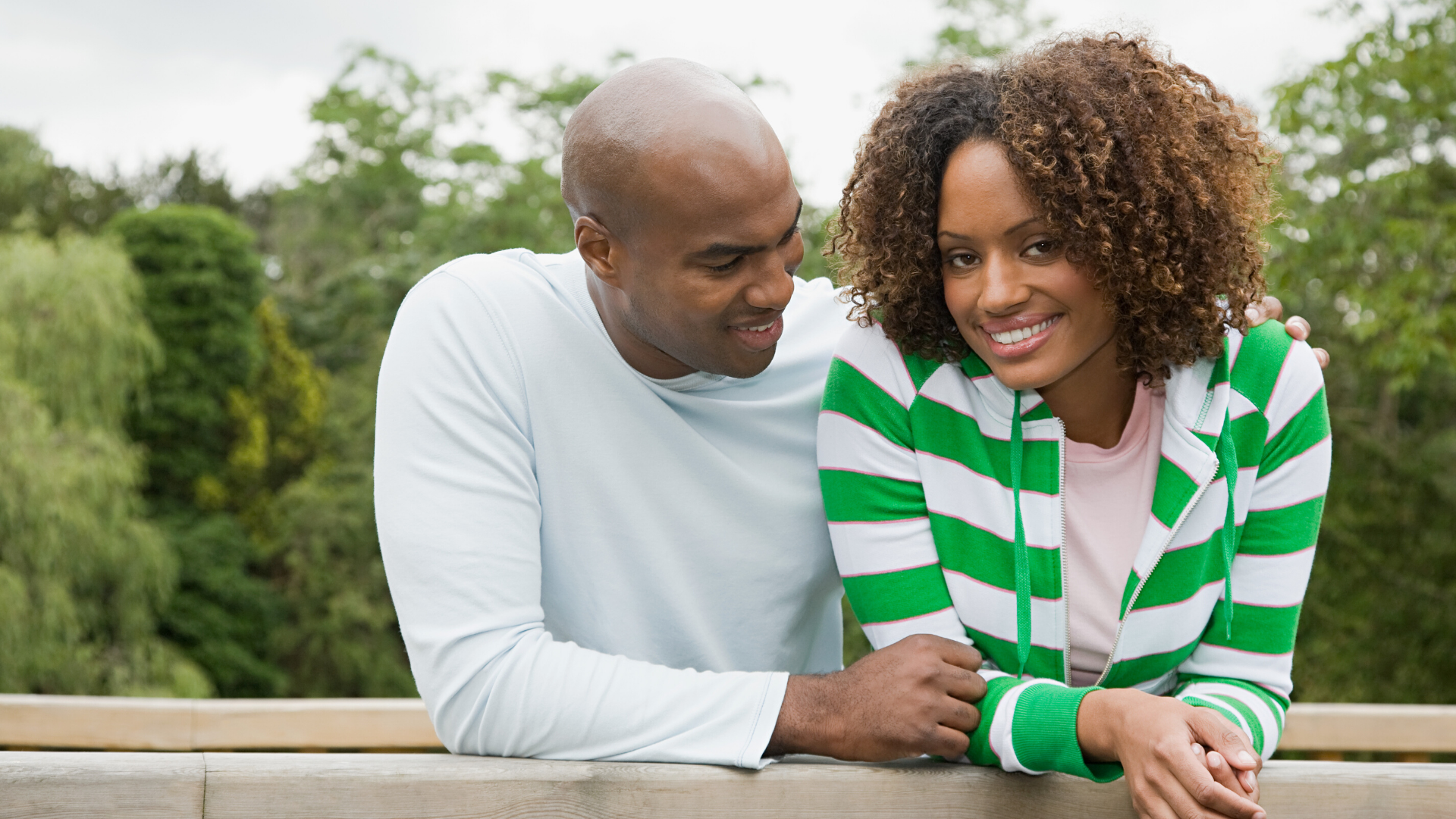 Donna raised the water bottle to her mouth with her left hand, giving the handsome man she’d just plowed into a view of her naked ring finger. The cold water trickled down her throat, quenching the thirst evoked by the run she’d completed in record time. Twenty-six minutes. Had it taken one-minute longer, Mr. Tall Dark and Muscles on Top of Muscles wouldn’t have been there to catch her when she tripped over a tree limb that had fallen on the path.

“Are you okay?” he asked, his hands held out towards her as if he were bracing himself to catch her again.

He smelled good, too—even after sweating. His face, arms, and chest were covered in perspiration. Not the kind of glean that shone on a woman’s skin during exercise but full-on masculine drips and streams of water that trickled down his face, prompting him to use the back of his hand to wipe it away. Every movement was a symphony of muscular distraction that nearly made Donna forget she was standing in front of a man in real life, and not just looking at an Adonis on the pages of some bachelor of the month calendar.  Mr. July. Steaming hot!

Use your words, Donna. “I’m fine.” Her response came out breathy like she was one of those damsels in distress type heroines in the historical romances she favored over modern ones. She hoped he didn’t catch it. She’d been running so it was reasonable to be winded.

Act normal, Donna. Who can act normal with six feet and at least four inches of caramel-colored sexiness standing in front of them? Not Donna. Well, not Donna today. Last year, maybe. But. Not. Today.

Not with him standing in front of her. Ready to help her. Willing to keep her from falling face-first into the sandy dirt that covered most of the trails in Seminole County.

He smiled and said, “Good.”

Why did he have to smile? Why did his teeth have to be so white? So perfect. He even had perfect gums. She licked her lips. His mouth made her do it. She had to make sure nothing was on her lips. Or, was it because she imagined his full, soft-looking lips crushed against hers.

She was doing it again. Thinking like one of those smitten chick-lit ladies. Who thinks about a man’s lips being crushed against hers, him exploring her mouth while pulling his body close to his long, hard frame? Deep internal sigh. Donna did and was glad this was real life and not a novel. If it were, the man could possibly read her mind.

This is real life. No mind-reading. But, if he were an FBI agent, he could probably read her body language. She stiffened. Crap. Weren’t FBI agents physically fit? Agent Derek Morgan on Criminal Minds sure was. He could be a Federal agent. His body, lean and sinewy could definitely pass the test. Her eyes roamed over his body from his lips to his neck and to those what had to be four-inch-thick traps. His chest chiseled like it was the inspiration for David, the famous statue sculpted by Michelangelo. Was that a six or an eight pack? She had to stop there. She would not follow his happy trail. No way. Not. One. Way.

The man’s mouth moved again. It took a few seconds for Donna to catch that he wanted to know her name. “Um, Donna?” It came out more like a question than an answer. He’d think she was clumsy and a total dunce if she didn’t fix that. She inhaled and exhaled, attempting to give the illusion that she was trying to catch her breath from the run. In actuality, she needed to gain a little composure. A lot of control. She took a sip of water and said, “My name is Donna. I’m sorry I ran into you.”

“I’m not.” The man frowned and extended his hand. “I mean, I’m Jacob. My friends call me Jake. And, I’m not sorry you ran into me at all.”

Jacob. He looked like he could wrestle with an angel long enough to make the angel tired and give up. Hopefully, he didn’t have limp. Well, with a body like that who cared? She’d be too busy enjoying his body to notice a limp. She’d never seen a runner with a limp anyway.

Wait. Jacob wasn’t sorry that Donna ran into him. Maybe he was checking her out, too. Jake had moved kind of close to her so she had to tilt her head up slightly to see him. She bit her lip. His breath hitched. Yep. If those body language cues in those books were right, Mr. Jake was feeling her.

Why wouldn’t he? Donna’s body was just as fit as his, in a feminine kind of way. Her friends called her Serena Junior because Donna had a body—arms and booty especially—like the professional tennis player.

She reached for his hand. When they touched, warmth traveled from her fingertips, up her arm, and throughout her body. He was trouble. She was trouble. They were in trouble. Well, she was in trouble.

A man had never had that effect on Donna. Not even the one she was engaged to sixteen months earlier. Donna couldn’t believe she was still counting the months since her relationship’s demise. She and Ralph broke up a long time ago. She’d dealt with the pain, the anger, and the regret.

It was time to let go. Time to be free. Time to finally allow herself to fall—even if it was face down into a sandy path. Looking into Jake’s eyes, she knew she wouldn’t get dirty. He’d catch her. All she has to do is allow herself to live in the moment after hello. 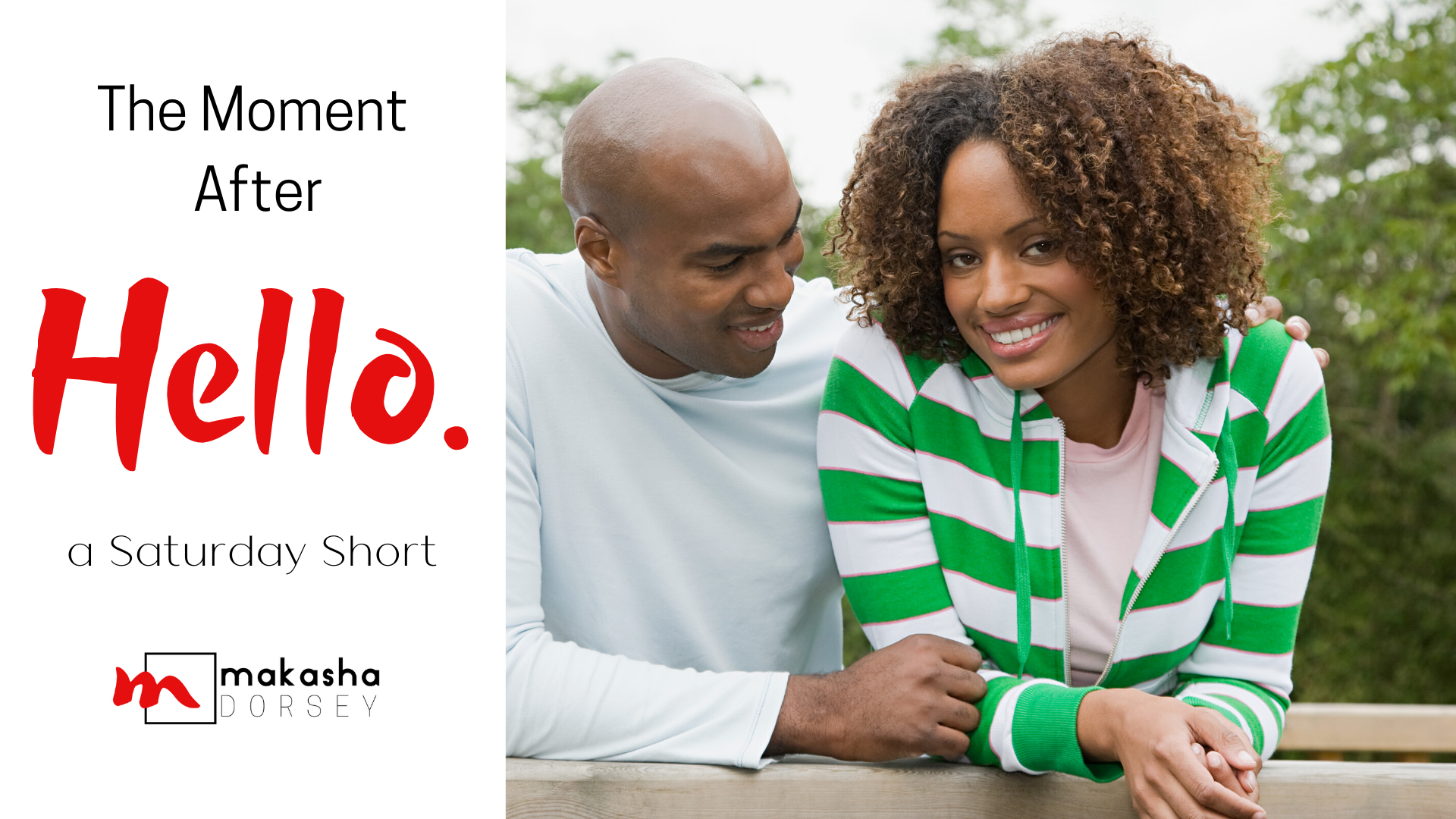 This Saturday Short was written by Makasha Dorsey. Learn more about her books on Amazon.