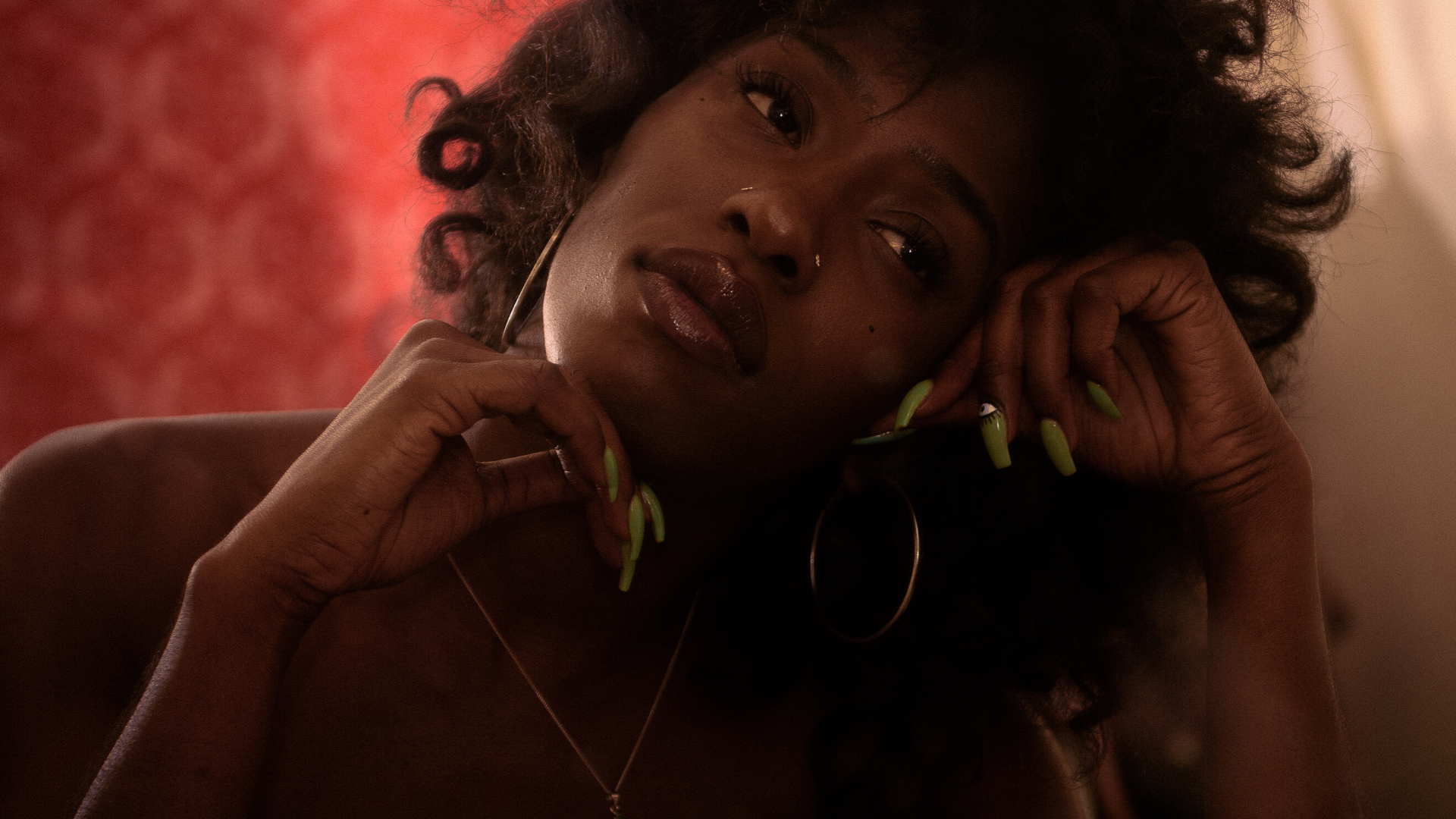 We often hear about how the side chick is winning. Is she really? Will God bless you with someone else’s husband?

A few years ago, lifestyle blogger LaKesha Womack wrote 10 Lessons Learned While Dating in My 30s. Something I wrote on Facebook inspired Lesson 2:

God is not going to bless me with someone else’s husband. I saw that posted by a friend, Makasha Dorsey, and it really struck a chord with me because I have met several married men who swear their marriage is in shambles, they aren’t happy, etc. but the fact is – they go home to their wife every night. Why should I be someone’s side chick? Why should I want to settle? How could I believe God would bless that? If a guy really wants to be with you and he’s married, give him time to fix that situation and then get back with you. You don’t want a man to leave his wife for you because chances are, he will leave you for someone else. His integrity should cause him to want to do the right thing.

The Facebook post, which I cannot find for the life of me, was prompted by so many women bragging about married men approaching them as well as the side chick is winning idea. Married men, who claim to be separated or getting a divorce, often approach LaKesha and will go as far as saying, “I’m only with her [my wife] because of the kids.”

God Won’t Bless You with Someone Else’s Husband

These are all lies to get you into bed, or at the very least, get you to meet an emotional or financial need he has decided that his wife is not meeting. The previous statement is a loaded one, I know. Everyone in a marriage is culpable for the problems inside the marriage. However, once we introduce people who are not friends of both spouses, the focus is no longer about the union. The singular needs of one individual supersede what is necessary for a successful marriage: covenant.

Have you ever listened to a couple make wedding vows? “What God has put together, let no man put asunder (Matthew 19:6)” is not only a charge to the man and woman in the marital covenant, it is a command to anyone who decides to come between the relationship. So, yes, while you didn’t make vows to the man’s wife and don’t owe her anything, you wage war against God when you fail to respect marriage (James 4:4). That should be enough reason to stay away from someone else’s husband.

Outside of plain old selfishness, there are reasons cheaters cheat. Well, there are excuses. Short and sweet. Since I’m not a cheating man, I won’t attempt to give the explanations because it would be presumptuous. So I’ll stick with selfishness—the same reason married women cheat, the same reason people enter into adulterous relationships.

As a single woman in my 20s and as a married woman in my 30s, I have been approached by married men. I wasn’t impressed. To be honest, I wanted to know what I was projecting to make this unavailable man seek me out. The attention was not flattering at all. Then I realized there was nothing special about me in the initial contact—just another pretty face.

If a married man approaches a single woman who he perceives to have good morals and values, he knows that he has to prey on said single woman’s feminine traits.

We say flattery will get you nowhere, but new relationships start with compliments. Like a single man on a new conquest, a married man will affirm the woman he’s after. He’ll tell her how beautiful, smart and accomplished she is.

The cheating married man uses our vanity against us. Being an avid user of social media makes me realize this even more. Think about how often you read status updates from single women bragging about married, or otherwise attached, men hitting on them. You are not special to him. He asked for Mary’s number before you walked into the room—business meeting, grocery store, church—and will ask for Jane’s after you leave. He’s fishing. Don’t get hooked.

After a married man hooks a single woman with flattery, he plays on her need to nurture–her need to be needed.  Most women hate to see others suffer, especially an admirer.

Isn’t his wife a fool for not tending to the needs of this amazing, attentive man?

He knows that if he showers you with compliments, gives you attention, and minimally meets a financial or physical need of yours, you will take care of him—even if it is you just listening to him berate his wife.

You are the fantasy—a situation that is unreal, unattainable. There is no responsibility in make-believe. His wife is the dream—a real relationship with real joy, pain, tragedies, and triumphs.

Before you fall prey to a cheating married man, know that you and the woman he’s cheating on is worth more than rubies. Would you like to be tossed out with the trash if you were in her position? If you’re not careful, you’ll be in her place, heartbroken, or both. In most cases, cheating men don’t leave their significant others, the wife ends the relationship. So, if his wife decides to stay with him (he’s not leaving her), you’ll be alone, heartbroken and trying to figure out why he left you. He left you because God is not going to bless you with another woman’s husband.

And, in the words of my crazy aunt: how you get your man can be the way you lose your man. If you end up with him, you’ll inherit every problem his last wife had. Could you trust him to remain committed to you? 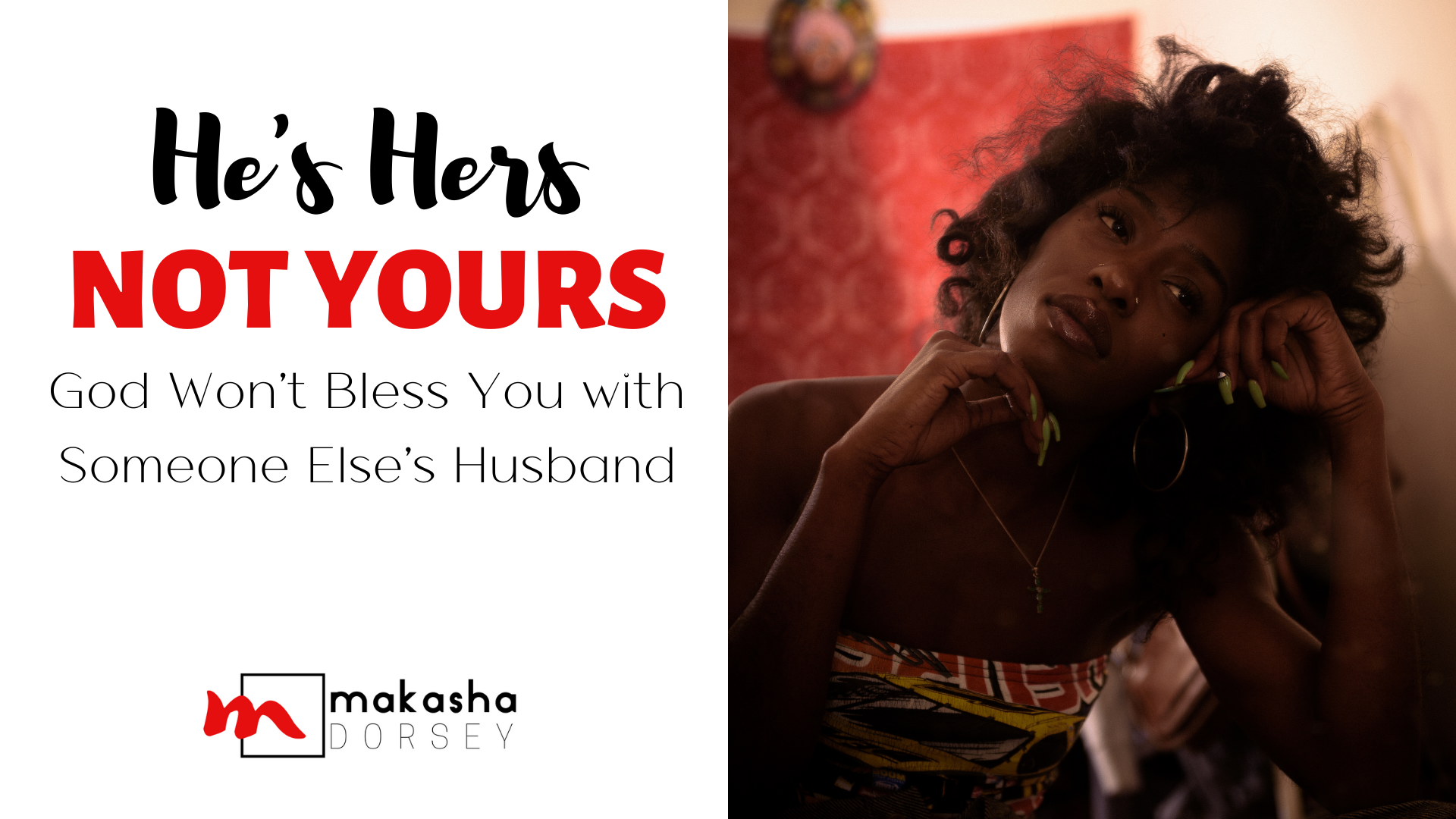 1 thought on “He’s Hers, Not Yours | God Won’t Bless You with Someone Else’s Husband”